The advantages of diamond wire saw mining and cutting

Stone mining has a history of thousands of years in the world. In the early days, people used manual mining to mine marble and soft limestone. The main method of mining was to hit the stone with a chisel and a hammer to form a seam.When stone cracks are formed on the back side and below, the block mining is completed. At one time, hitting stones was the most mainstream method of stone mining.

With the development of science and technology, bombs became popular. People found that in the mining process, artificial rock was first drilled at the bottom of the stone, and then explosives were buried in the gaps. When the explosives exploded, the stones quickly rolled from the top of the mountain. On the ground, although this mining method is more efficient, it has serious damage to the environment and caused a great waste. In addition, accidents frequently occur during the blasting process, and this method is gradually being gradually replaced.

The use of expansion agent is another way of mining. First, drill holes are used to discharge the stone, and the gap after the hole is filled with expansion agent. When the expansion agent starts to expand, the stone is slowly opened to achieve the mining purpose, although this kind of process is good, the use of a large amount of expansion agent will also cause an increase in mining costs, and the large-scale use of this kind of expansion agent also brings about the problem of difficult cleaning in the later stage. Of course, drilling holes, excavators and engineering vehicles are more common. However, it will cause a lot of waste of stone resources, low mining efficiency, and serious damage to the ore body. Although it is widely used, they all meet environmental protection requirements. 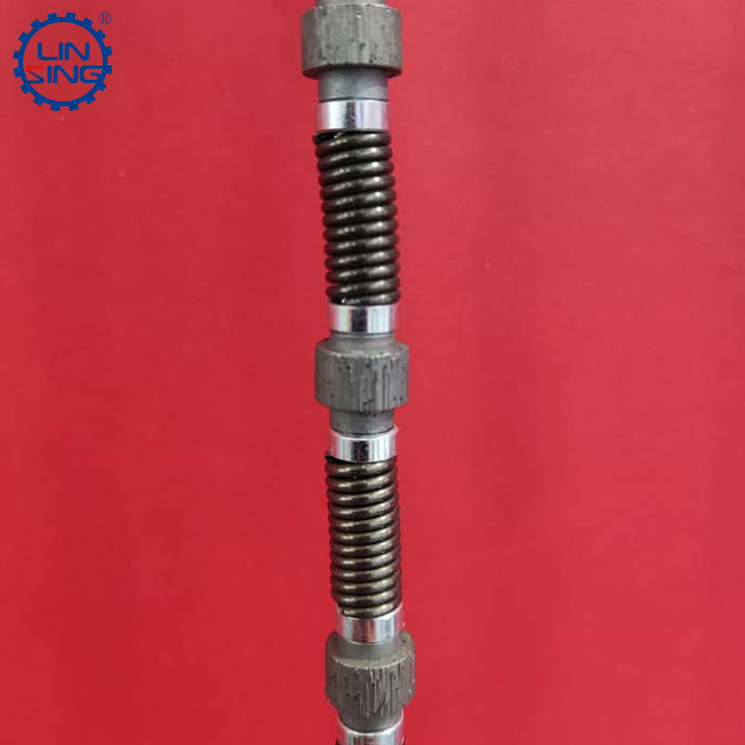 1. Wide adaptability, diamond wire saws are suitable for all types of mines, such as marble, granite, limestone, travertine, quartz stone and other mines. Of course, to cut different stones, you need to use the corresponding wire saw products, such as For marble, a wire saw suitable for cutting marble is required.

2. The mining surface is large. The diamond wire saw can cut mines tens of meters or even hundreds of meters high, and the maximum cutting area can reach 500 square meters. Such a large stone cannot be completed by other cutting methods, and such a mining surface is also make block mining easier and more efficient.

3. Efficient, the cutting surface of wire saw mining is very smooth. Such blocks hardly need to be trimmed in the later stage and can be directly used for cutting. Therefore, in terms of the process, the mining process is simplified and the later processing is more advanced. In terms of cutting, if the brazed bead rope is used to mine marble, the mining rate of 50-70 square meters per hour is more stable than other mining tools, and the efficiency is much higher.

4. The wire saw can cut in various directions such as vertical, horizontal, and inclined planes, as well as blind cutting, while other methods can only perform straight cutting, or the cutting angle cannot be determined, which cannot be done by other tools. 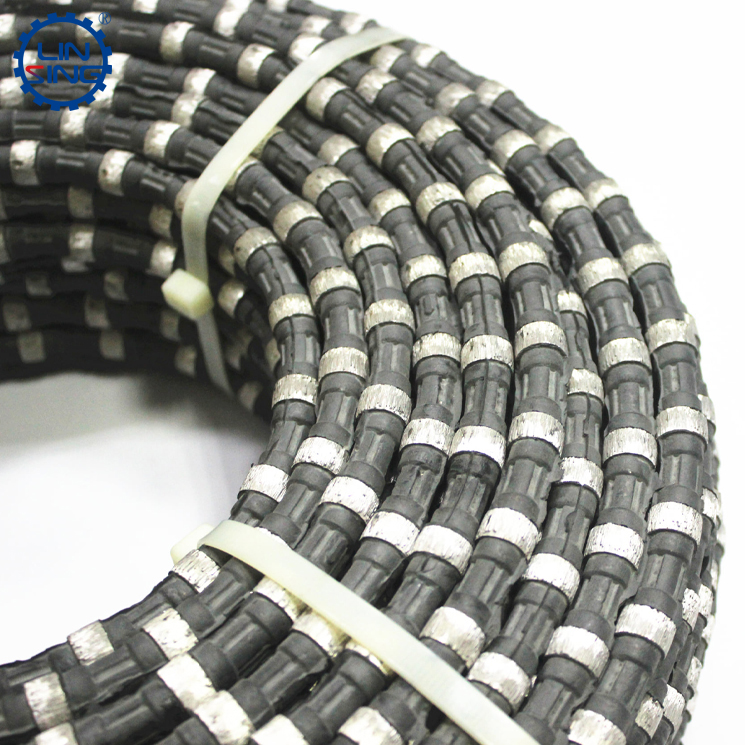 6. Safety and environmental protection, safety and environmental protection, wire saw mining is noiseless and dust-free, does not affect nearby residents and other working surfaces, and has a high degree of automation, separate operation, low labor intensity and high safety, especially in dust control, noise In terms of control, diamond wire saws can greatly reduce pollution.