Diamond wire saw is a hard material cutting tool that has gradually matured in recent years. It has many different advantages such as  high cutting efficiency, adjustable cutting angle and large cutting area and the price of diamond wire saw is also more acceptable to buyers，so it has become the main cutting material on the market . At present, the wire saw products on the market are mainly divided into the following four categories according to the cutting objects: reinforced concrete series, marble series (also called soft stone series), granite series (also called hard stone series), special-shaped series (mainly used for cutting various shapes of stone, including four series of curved plates, special-shaped stones, characters, and hollow plates), which mainly play the effect of cutting and grinding, and the main function is to cut and separate and shape.

The diamond wire saw is composed of beads and connectors. The beads are the main cutting body, which is mainly composed of the inner matrix and the outer working layer. The working layer is composed of diamond and alloy powder. Because the diamond contained in the beads, the diamond is the hardest substance found in nature so far. According to the principle of “the stone from other mountains can be used to attack jade”, diamond can cut almost any material, and diamond wire saws are currently widely used in cutting products with very high hardness. , Including steel, marble, granite, quartz stone and other materials with extremely high hardness in nature. With the development of wire saws, wire saws for cutting steel, alloy materials, gems, agates, crystals and other materials are gradually being used. This article mainly ends the process flow of steel-concrete cutting wire saw from the perspective of wire saw manufacturers to let everyone better understand the current process of steel-concrete wire saw cutting. 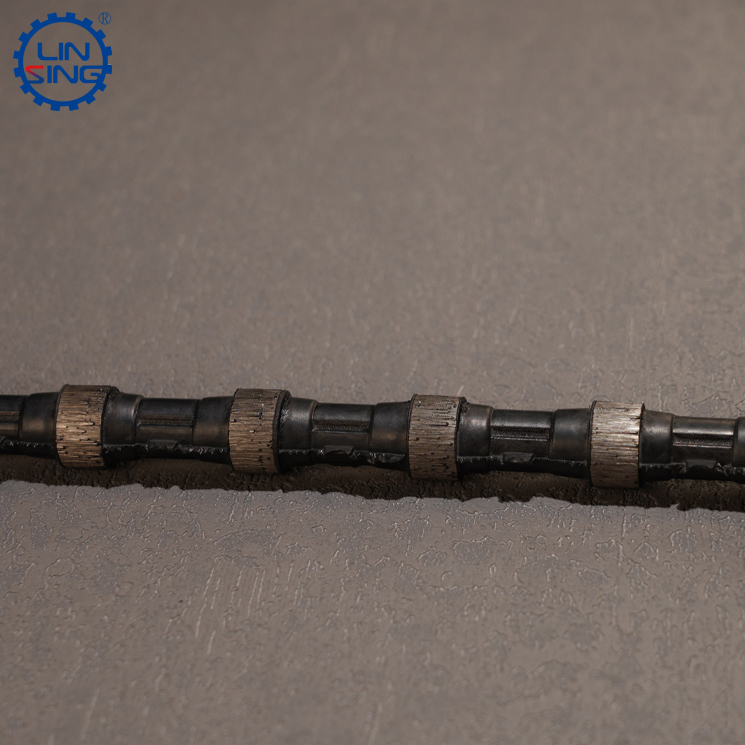 To cut a steel-concrete structure, you first need to change the rope from a closed loop to a non-closed loop, so that the wire saw can bypass the cutting body. Therefore, if you use old rope, you must face the process of cutting the rope. If you use a new wire saw, you also need to measure the required length of the wire saw first, and cut the new rope to a suitable length. Need to pay attention to the process of cutting the rope: you must cut from the middle part of the rubber connection of the rope saw. You can use hydraulic pliers to keep the wire rope inside the rope saw as far as possible from the beads on the left and right sides to facilitate later Rope connection process.

After winding the rope, the wire saw must be connected into a circle, and only when the wire saw is made into a circle can the cutting be carried out. The main method of connecting the rope is to first remove the middle connecting part, that is, to remove the rubber part, peel off the steel wire inside the removed wire saw, and use hydraulic pliers to fix the wire ropes on both sides with the joint. This completes the rope winding step. 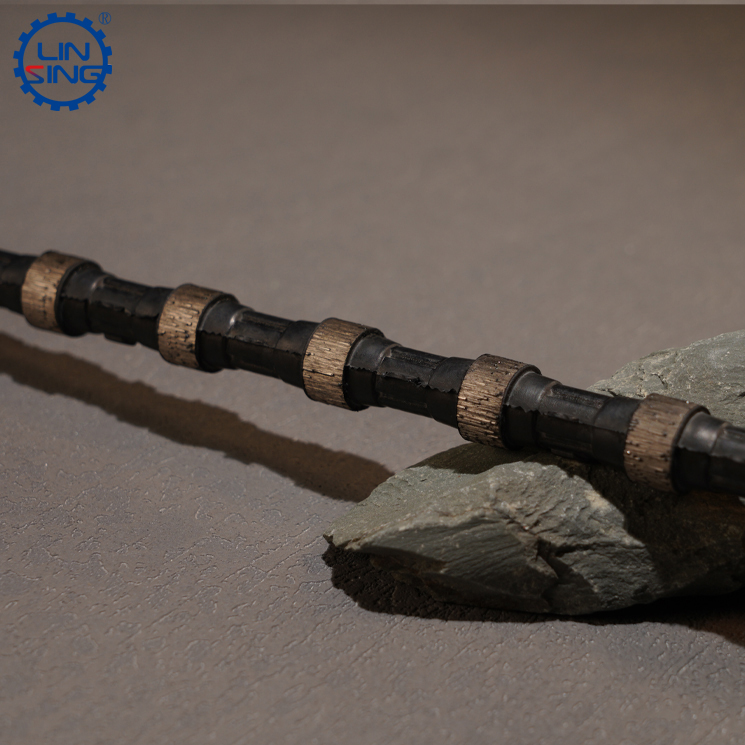 Install on the wire saw

Before starting the machine, put the cooling water outlet in the preset cutting gap, and keep the speed as low as possible when starting the machine. After the cutting is stable, adjust the cutting speed to make the cutting more stable. After normal permission, check the water supply in time, observe whether there is any change in the cutting performance, and observe the current value to prevent problems such as stuck beads or broken ropes.