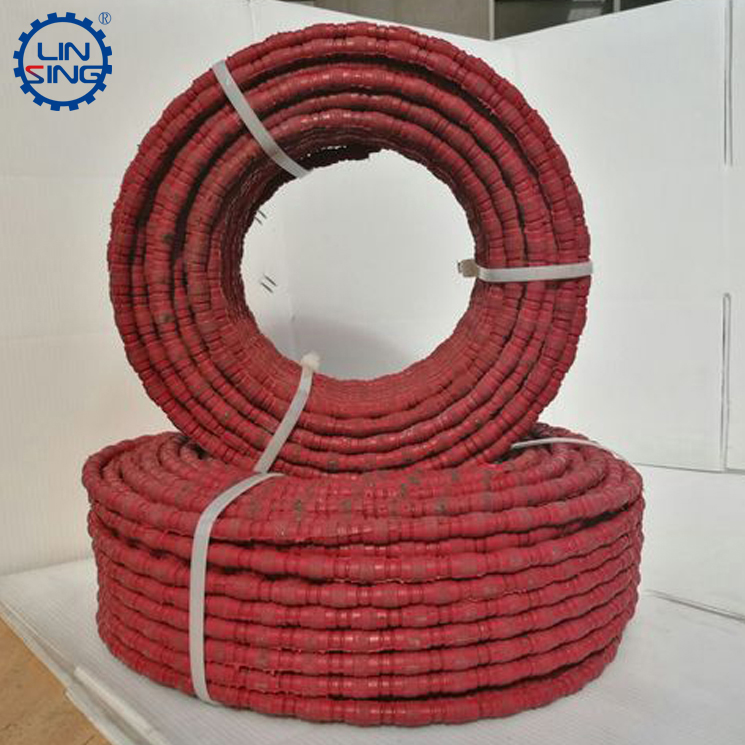 Block shaping refers to the use of diamond wire saws to cut out irregular parts around the blocks, which is convenient for processing in the next process. The most common one is shaping the bottom of the ore body. This can facilitate the cutting of blocks into plates, and the blocks will not appear. Shaking due to uneven bottom, resulting in uneven cutting.

Special-shaped cutting refers to the use of diamond CNC wire saw machines to process the stone to be cut into various shapes such as cylinders, arc plates, and S-shaped objects according to computer programming. Special-shaped stone is mainly used for the cutting of all kinds of irregular stone materials such as text carving, columns, stone carvings, Roman columns, cultural columns, monuments and so on.

In the field of batch processing of large veneer stone materials, there are currently three methods at home and abroad, including frame saws (sand saws, gang saws), combined circular saws, and multi-rope saws.

The new technology of multi-rope sawing machine for processing stone slabs developed and gradually matured in the late 1990s. Compared with traditional sand saws, it has many advantages, such as high efficiency, low energy consumption, high environmental protection, high quality, and operation. Simple and other characteristics, it is a kind of processing method that innovates and replaces the traditional sand saw processing method, and it has a trend of replacing it. Multi-rope sawing machine is a technological revolution in stone slab cutting, and it is a kind of progress across the age.

Reinforced concrete is a commonly used building material, and it is widely used in houses, bridges, airports and mines. Ordinary reinforced concrete can be divided into 14 grades including C15, C20, C25, C30, C35, C40, C45, C50, C55, C60, C65, C70, C75 and C80. The strength standard of concrete refers to the measured compressive strength of a cube with a side length of 150mm after 28 days of curing. But in the field of reinforced concrete wire saw cutting, we often use the concrete's steel bar content to characterize it, that is, the percentage of the total steel bar area to the sawing area. 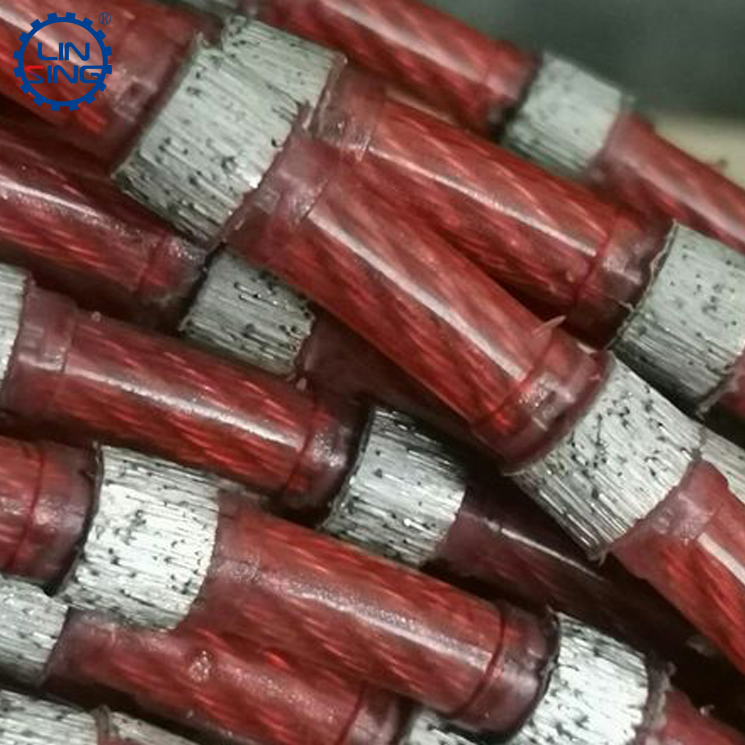 Within a short time from the beginning of material processing, the chip space of the sintered beats is filled with material chips. The bond of sintered beats is hard to wear because it is full of material scraps, resulting in the new diamond abrasive grains not being exposed. Eventually, the cutting efficiency is very low or the loss is exhausted, and the cutting cannot be performed normally.